We've known since Monster was a baby that he's incredibly smart...and that's not just a bragging parent.  We've had to password protect our computers so that he won't log on and head to youtube to watch various videos...usually Phineas and Ferb or Mickey Mouse.
When he was 4 months old he could tell from the sounds which shows were on TV and loved watching Phineas and Ferb along with Wizards of Waverly Place.
When he was around 8 months old, I started using Monster Money as a reward system.

So, he goes to PPCD and gets his Speech Therapy twice a week while also learning in class.  I'm thankful for that because it gives him a chance to explore what he already knows.
He brings home wonderful artwork and his worksheets are always pleasant to look at.
The one problem the teacher brought up this morning is we need to work on his fine motor skills, he doesn't like to color...LOL! If this is the only problem we come across I can really deal with this!

She also talked about putting him in Pre-K next year for half a day and in PPCD the other half.  She said he really needs it because his intellectual skills are advanced, we just have to get him caught up on the rest.

So, at our ARD at the end of the school year, we will be scheduling my little Monster for Pre-K and also PPCD, which will be a full day of school!  HE NEEDS THIS!!!
As it is, he doesn't like to take naps, he's afraid he will miss something!
I joke and tell people that he was born so early because he JUST KNEW there was something going on in the world that he was missing!

Did you VOTE today?

I normally stay out of politics, I refuse to talk about it on facebook and I keep my opinions to myself.
But, DID YOU VOTE TODAY?

This is a PRIVILEGE that is granted to us as Americans and we should exercise this privilege.
It's also our civic duty.

Here's a couple of pictures from our voting station, which is at Hudson Fire Station.
Also, remember there are several places that offer discounts and perks for showing your "I voted" sticker or your voter registration card. 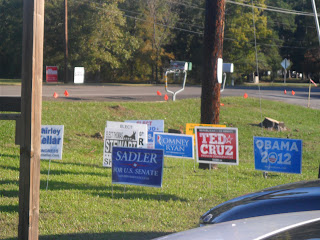 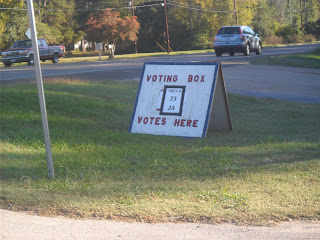 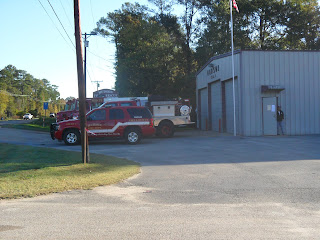