I'm the mother of 3 kids.  I have an 18 year old that I haven't seen since he was 5, and I have a 10 year old that I haven't seen since she was 4.  Until Friday, I never had "refrigerator art."  Other people take it for granted that their kids bring home papers from school....I never got to take my kids to school.  PJ was with his dad during school, and Em was stolen from me by that time.

Monster has been going to daycare now for almost a year, part time.  We decided on one day a week at first, on the advice of DH's counselor.  The shock for Monster was big, but he gradually got used to it.  The daycare said he wasn't playing with the other toys or kids there, so we decided to make it twice a week.  Then, about a month ago, Monster finally got moved up to the 2 year old room, and we decided to take him to daycare 3 days a week so that he can get used to other kids.  This has been a great decision.  Not only do DH and I get the "us" time, but now Monster is playing with the toys and other kids.  He's also in speech therapy.

Friday was the Christmas Party at daycare.  Like every mom, I took in a snack...I choose the cheese cubes off the list because Monster always likes those.  I saw his teachers working throughout the week on different things, and thought to myself it would be so cool for him to bring those home.  What surprised me was a little reindeer container that held the magic reindeer oats.  The antlers were made of cutouts of Monster's hands.  There was also a little gingerbread man that would go on the refrigerator.  When I saw these, I just sat there and cried for about 15 minutes because it took 18 years and 3 kids to get my first refrigerator art. 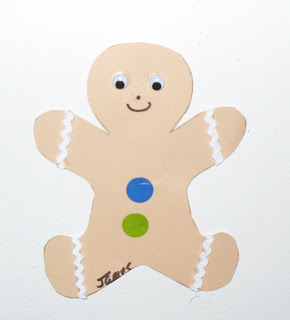 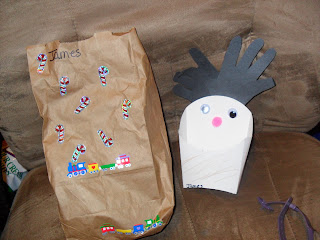 For all my friends that have never had to go through losing a child, cherish every minute with them.  And for those that have lost a child, you also will have your refrigerator art one day.  Merry Christmas everyone!  And I'm trying to set up a bunch of giveaways for next year.
Posted by Marci at 12/18/2011 04:20:00 PM 1 comment: